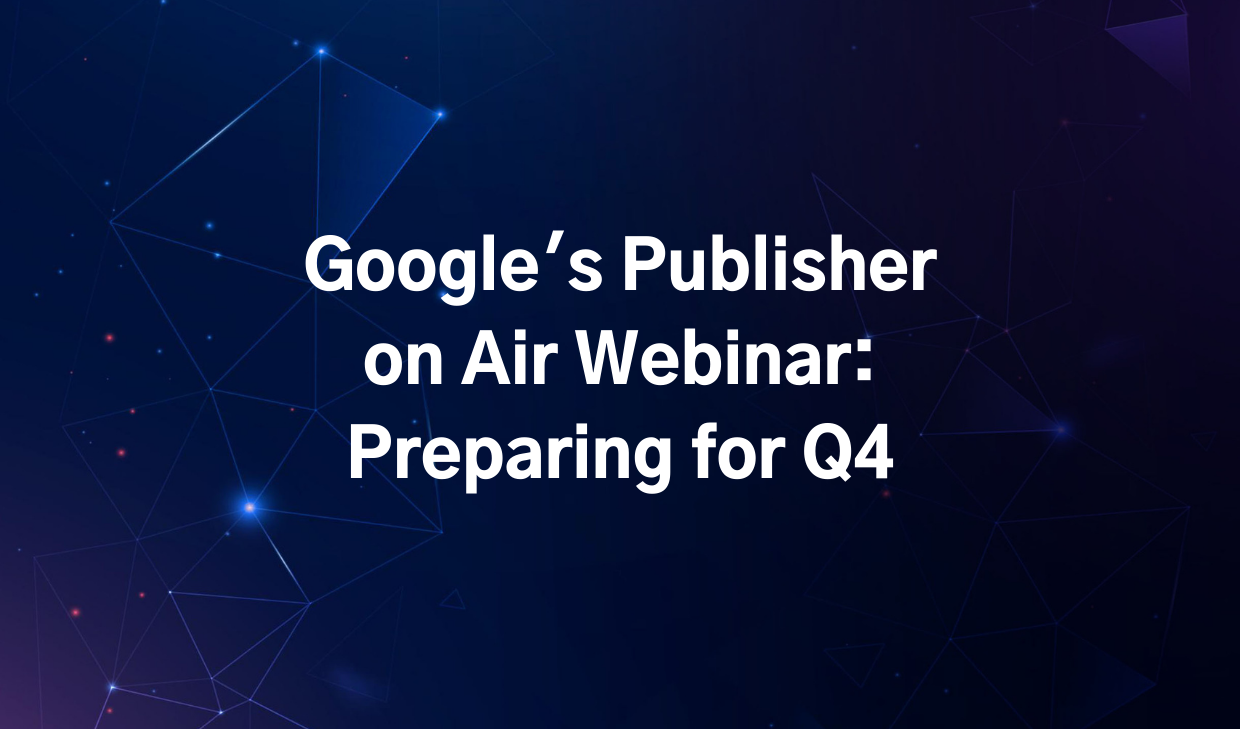 Last October, we attended a Publisher On Air webinar which was hosted by Google. It was very informative and we would like to pass on this knowledge along with some of our own commentaries to you, dear readers!

With Q4 in full swing, it is essential to be on top of things and make the most revenue possible. Here are some insights we received from this webinar:

The webinar commences with seasonality and the meaning of the word. Seasonality is any predictable fluctuation or pattern that recurs over the same weeks in a calendar year. For example: Any major religious holidays such as Christmas, or commercial events such as Black Friday or even the Super Bowl can be considered as seasonality.

Why is this important to you and why you should take advantage of Q4?

Well first, revenue! Advertisers bid more and users tend to browse the web more this time of year!  Advertisers spend all the remaining amounts of their budget towards Black Friday, Christmas and year- end. It is time to  get your site ready and this post will help you with just that!

It is important to focus on page speed.

How can you understand viewability in your own inventory?

In Google Ad Manager, run a Historical Report, and choose the "Predicted Viewability Bucket" from the dimensions list under the Display category. This dimension shows you the signal the buy side will see when bidding on your inventory.  You should run this with other dimensions that are meaningful in your inventory such as ad unit, ad size, platform, ad slot position, etc... 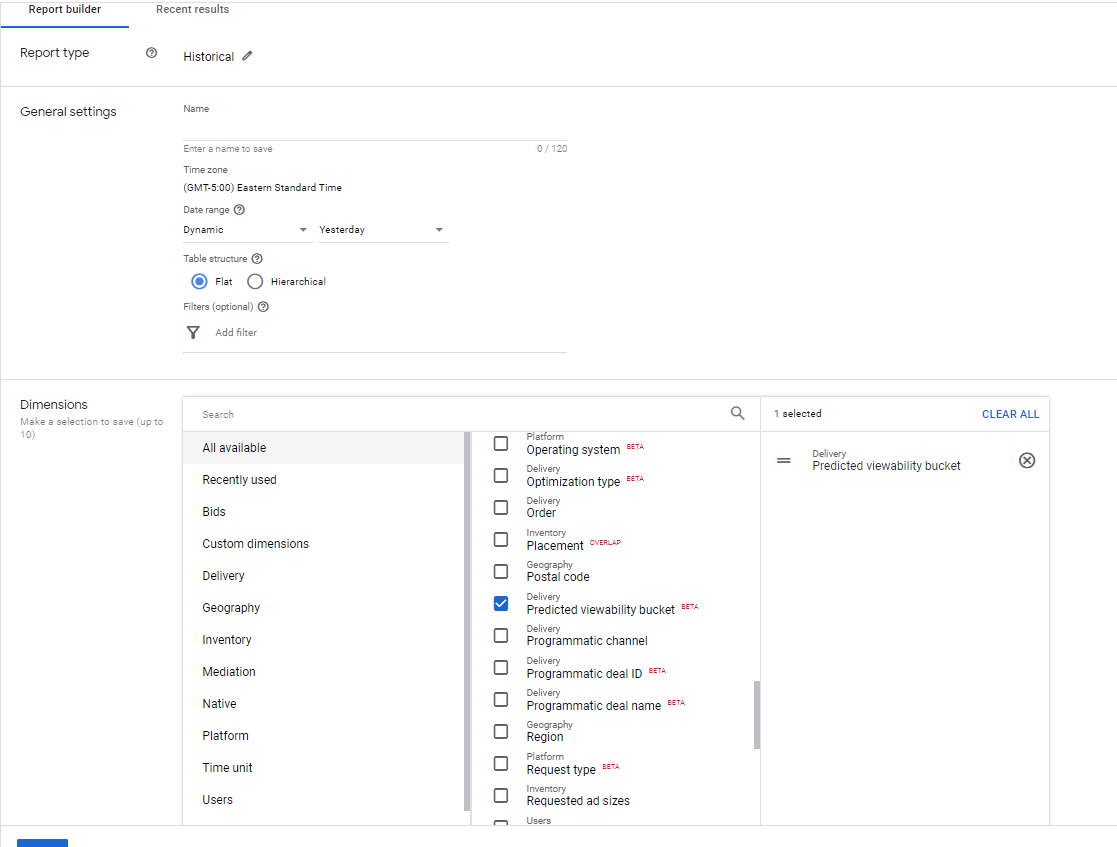 You can also find a report in Google Ad Manager where you can see in the slot where some of your ads have low viewability.

By focusing on page speed, user experience and viewability, we are confident you will have a successful Q4!

If you need assistance with viewability or even improving your page speed, please reach out to us at help@advally.com